ANCIENT INCAS EARRINGS SOME UP TO 6 INCHES DIAMETER

The history of jewelry making is an extensive one. Jewelry making developed in America 5,000 years ago in central and South America. Gold was easily accessible by the Aztecs, Mixtecs, Mayans and numerous Andean cultures. In this article we are going to focus on one of the last one mentioned, The Incas.

Before we continue with the exciting history of masterful gold jewelry and silver jewelry pieces that the Incas created, let me introduce you some history about them.

Incas treasured shells more than gold as they were used in ceremonies to makie magestic sounds were so well decorated with gemstones.

The Incas lived in South America, about 500 years ago. Their empire developed very quickly. However, it only lasted for about 100 years, between AD 1438 and 1533. The homeland is located in the present-day country of Peru.

The Inca’s empire occupied the western edge of South America, from Ecuador in the north to Chile in the South, a distance of about 4, 000 kilometers. The climate is unpredictable within this great area. It is not uncommon to experience all four seasons in a single day.

It is estimated that around ten million people lived within the Inca empire. They belonged to different groups of people who spoke their own local language. However, Quechua was the official language before the Spaniards “conquistadores” came along and practically exterminated their language and culture. Fortunately, this beautiful language is still being spoken by ten million native Peruvians today.

The Incas were sophisticated when designing pieces of jewelry, The Mochica culture is a fantastic example of their creativity and expertise. This culture took gold-work to the next level, they worked with inlays of turquoise, mother of pearl, spondylus shell and amethyst. In addition, the nose and ear ornaments, chest plates, small containers and whistles are considered masterpieces and representatives of ancient Peruvian culture.

The Incas used gold, cooper, silver, platinum and also knew that mixing copper with tin, bronze was obtained. The Incas did not know the Iron. The pieces of jewelry that they created had ornamental proposes only. They designed and created gold jewelry, flame figures and masks to the mummies. They created utensils with metal, however they preferred stones.

One of the methods used to work in gold, silver jewelry and copper metal was to hammer the metal until it becomes thin and then they shape it without using heat. Another technique was achieved by pouring molten metal into molds. The ovens were lit with wood, but wood was scarce and very valuable in most of the Andean region. Wherever possible, the furnaces were built on the slope of a hill, where a constant stream of air kept alive the fire and allowed to reach the high temperature needed to melt metals.

The Pre-Incas and the “Conquistadores”

Example of a Gold Ear-muff using Gold and Platinum.

Platinum is undoubtedly a precious metal, very valuable today and certainly very scarce. The “new metal” is believed that came from meteorites, the first meteorite that crashed on Earth happened 2 billion years ago. This amazing metal has been used by different civilizations for centuries. However, it has been kept invisible for others.

The old Egyptians, the Pre-inca civilizations and the “Conquistadores” are some of the blessed ones that crossed with this metal in their path.

The Pre-Incas used different metals for their jewelry and utensils. Among these metals, Platinum has played an important role. They used platinum and gold to adorn their noses with rings. They also used this metal to create ceremonial jewelry as well as gold masks with platinum eyes which are suspended with wires.

The pre-Hispanic objects made of platinum with gold in the area “Tumaco-La Tolita” (now northern Ecuador, southern Colombia, 300 BC-500 AD) are beautiful and delicate masterpieces whose purpose was undoubtedly religious, sacred. From the technological point of view, it is known that pre-Columbian goldsmiths could melt gold (actually a native gold impure melt below 1064° C), but did not reach the melting point of platinum (1769 °C) They worked with low temperatures, producing what we now see as gold-platinum alloys macroscopically homogeneous. Probably used the “sintering” or, more accurately, the alloy by solid state diffusion, combined with mechanical work.

Several authors have tried to simulate, in various ways, some of these Hispanic alloys. Bergsoe [1] mimicked the alloys without reporting structures. Observed semi-finished parts of Tumaco-La Tolita, inferring a possible technique used, “a mixture of small grains of platinum with a little gold dust were placed on a piece of wood charcoal.” In this technique, gold melts and covers the grains of platinum and an amorphous mass is formed which supports the strokes of hammer, especially when hot, “... forging and heating it occasionally. The final result is a homogenous mixture”.

1590 - Platinum meets the “Conquistadores”. Unfortunately, They did not appreciate this metal enough. They confused this valuable metal to some kind of cheap silver. They named it “Platina” which means little silver. The Spaniards saw the deposits as a hindrance to their mining of gold. Platinum, once again disappears from history but not for long. 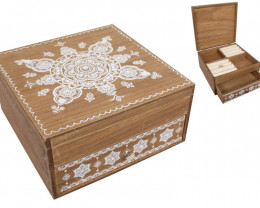 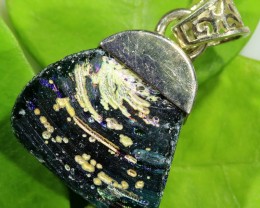 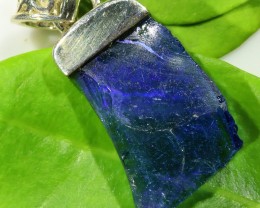 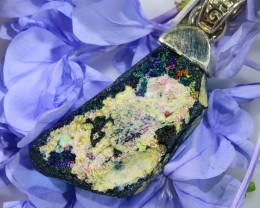