Incas understood how gold and silver was formed and would study rock formations looking for seam deposits of gold or silver.They would dig small holes, just enough for one man to follow these veins and extract the gold and silver in ore in high proportion compared to normal mining methods. Due to the mountainous terrain, most likely due from tectonic plate pressures that heavy deposits in veins would have been noticeable. The miners used antlers or wooden spades and stones. Gold in ore was pulverised to separate the gold. 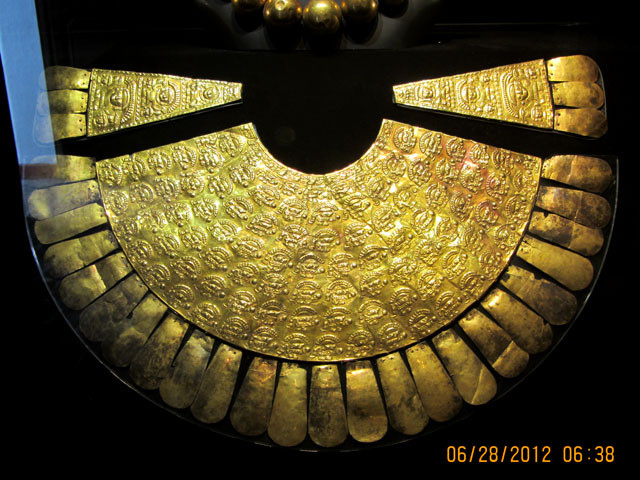 The Incas were good farmers and warriors and only extracted the easy to obtain gold. When the Spanish arrived most Incas died from mining and European diseases. Incas also had experience in gemmology, they were also top metallurgists and first record of metal working goes back to 1500 BC. Other Mesoamerican cultures didn’t commence metallurgy till 600 AD.After the mining the bedrock was pulverised by mortar or heavy rocks such as granite which was denser and harder so the ore broke down easily and was then carted to Incas smelters. It is extraordinary that they had smelters hundred years before other mesoamerican cultures as smelting gold is not an easy method. Incas also could smelt platinum and today many modern smelters can not process platinum as the temperature needs to be over 1000 degrees and very consistent to make into jewellery. Most jewelers today cannot make platinum in their small furnaces. How did they do this? 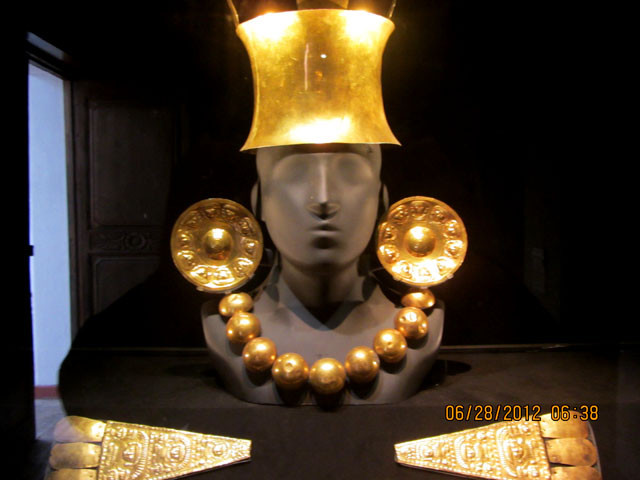 First as they hunted, they were familiar with the blow dart and must have experimented with blow gun to make fires hotter as bellows were used by those in the west. This gave the same result in that three or four natives would blow air under pressure onto the same spot and this would greatly increase the heat for smelting. Up to 1000 degrees, which is a remarkable achievement.

Incas also realised that the llama dung dried was far superior to wood for burning and used this product the same was that Indians use cow dung to make heat that led to wood burnt as coal and smelters were then set up using local wood as coal and llama dung as burring material, all was in plentiful supply as Incas also were master potters,they understood the properties of clay and used this in their furnaces to make clay heat resistant to pour and work with their metals.

They also used topography and built smelters on hilltops, as the terrain is very mountainous they could pick places were the wind naturally tunnelled fast and furious and heaped the smelter process.To find minerals to work as metallurgy does take lot of knowledge and even to figure out percentages is also an achievement in its self! Incas hunting skills helped understand air as a resource for heat, from using blow pipe.Their pottery skills helped them understand the importance of mixing minerals and base elements to make different types of clay that could be used as cooking or decorative or for smelting. This experimentation must have led them to another important key in smelting which was honey, without this they could not have made the moulds for their artefacts and jewelry.A mould would be made from beeswax and than coated in special clay mix so that when heated the beeswax melted and gold or silver melted was then poured into this clay mould and when cool the clay would break open easily. Smelting even western cultures respected the alchemist and considerable effort went into trying to make gold from any base metal.

This may sound implausible to us but what the ancient Incas achieved was also quite remarkable. To smelter and work with gold or silver metallurgists must used other minerals and catalysts to make gold workable and playable.In our modern times we used arsenic in gold mines to extract the gold. The Incas also understood the usefulness of arsenic in metallurgy coper oxide, iron and arsenic sulphate acted as arsenic hematite and maganite, limonite, all readily available as smelting agents. Archaean-metallurgist research has shown that copper was used as basis of all alloy mixes.copper was also the base for bronze in Incas times the mix of copper was relevant to hardness or colour required and just as important was the sound aspects of the finished item. Only the elite or priests were allowed to own or hold gold and silver as they did value this product of mother nature. The masses were given bronze, copper, tin and mostly a stool for working the land or weapons.