Natural Pyrite Pendants – Pyrite is also known as the ‘Fool’s Gold’ due to the characteristic similarities is has with gold. This gemstone has a metallic pale brass-yellow lustre and can be found with trace minerals such as real gold, cobalt, silver and nickel. The glittery flecks on Lapis Lazuli are Pyrite.

The name is derived from the Greek word ‘pyr’ which translates to ‘fire’. Interestingly when Pyrite is hit on a solid material it generates spark just like a flint.

During the Victorian Period Pyrite was extensively used for creating jewelry and also jewelry boxes, carved badges, shoe buckles and ornaments. During the Second World War this gemstone was an important material for the production of sulphur and sulphuring acid due to it containing iron disulfide. The Native Americans also regarded Pyrite as a health restorative stone.

The largest and most prominent source of Pyrite is mined in Peru, although it is also found all over the world such as Canada, Germany, South Africa, USA, Spain, Russia, Namibia and Mexico.

According to spiritual healers, Pyrite is an element of both Earth and fire. Which is symbolic for fortune and abundance that is bestowed to the wearer of the stone. It helps one conquer fear and concerns, aid in manifesting, communication and inspiring creativity. It is said that placing a Pyrite in a corner of a room can help provide vitality and vivacity.

The astrological sign for Pyrite is Leo. It is the birthstone for those born between July 22nd to August 21st. Pyrite is for the sacral chakra and solar plexus chakra. 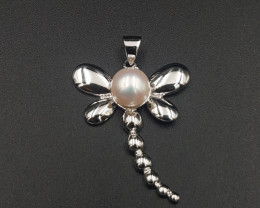