Natural Labradorite Pendants – Labradorite gemstone has a stunning optical effect known as the ‘labradorescence’, which shows an entrancing spectrum of colors that is embedded inside the layers of the stone when it is rotated in different angles. Stones showing more of this affect are considered highly valued. Royal blue and multi-colored Labradorite are very popular.

Labradorite was first discovered in 1770 and named after the place it was found, which is Labrador a province in Canada. Labradorite is mined worldwide in places such as Australia, Finland, Madagascar, Greenland, Russia, Italy, Mexico, USA and Scandinavia.

Interestingly folklore tells the use of Labradorite in respect of the Welsh Goddess named Arianrhod. Currently Labradorite is used for high-end building constructions such as mansion, commercial building, hotel, residential and resort to create the look of luxury and opulence.

Labradorite is commonly cut into cabochon or fancy shapes as it enhances the shimmer of the stone. It can also be faceted, drilled and cut into sphere for beading. It is set in both silver and gold for all types of jewelry, and the color of the stone is suitable for both men and women.

Metaphysically it is said to relax the mind from overthinking, inspire introspective and observational thinking. It is one of the strongest protective gemstone. It helps defend the aura from all negativity and help increase self-confidence and self worth.

Physically is said to help with any issues relating to menstruation, respiratory system, immunity, digestion, circulation and metabolism.

The astrological sign for Labradorite is Leo. It is the birthstone for those born in the month of August. It is said that Labradorite is for the throat chakra. This gemstone is an eye-catching statement piece that is perfect on a pendant. It is a great choice of gift for a loved one on any occasion. 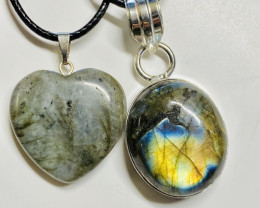 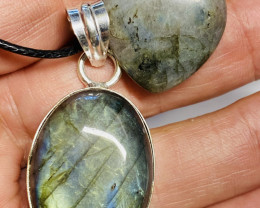 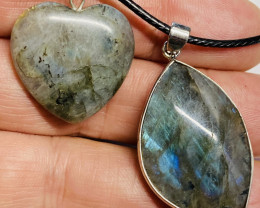 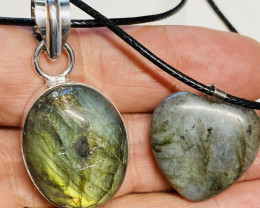 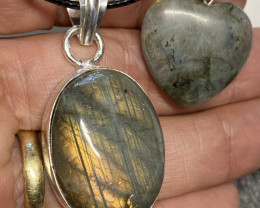 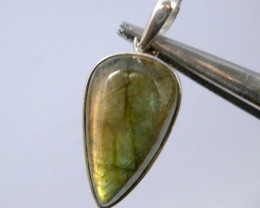 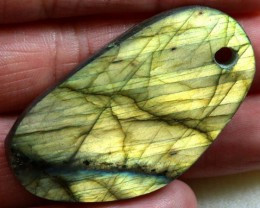 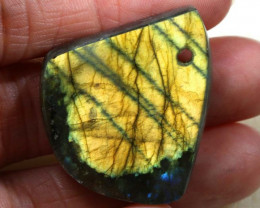 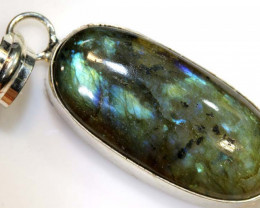 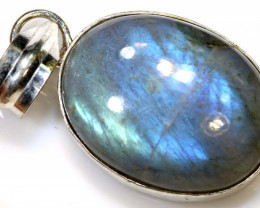 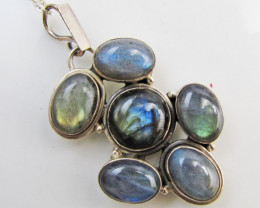 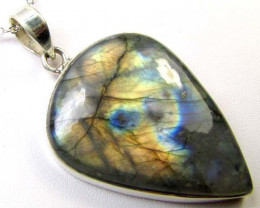 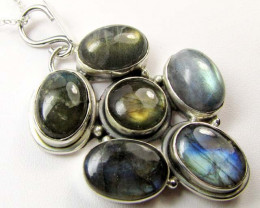 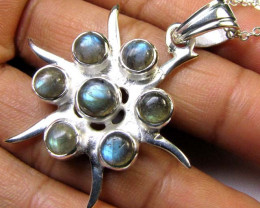 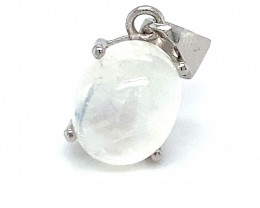 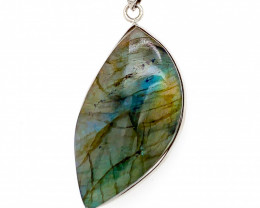 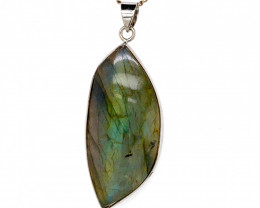 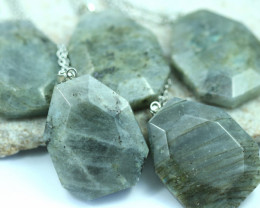 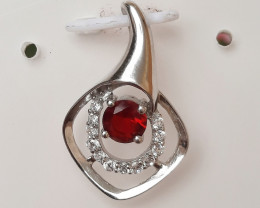 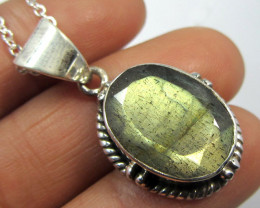