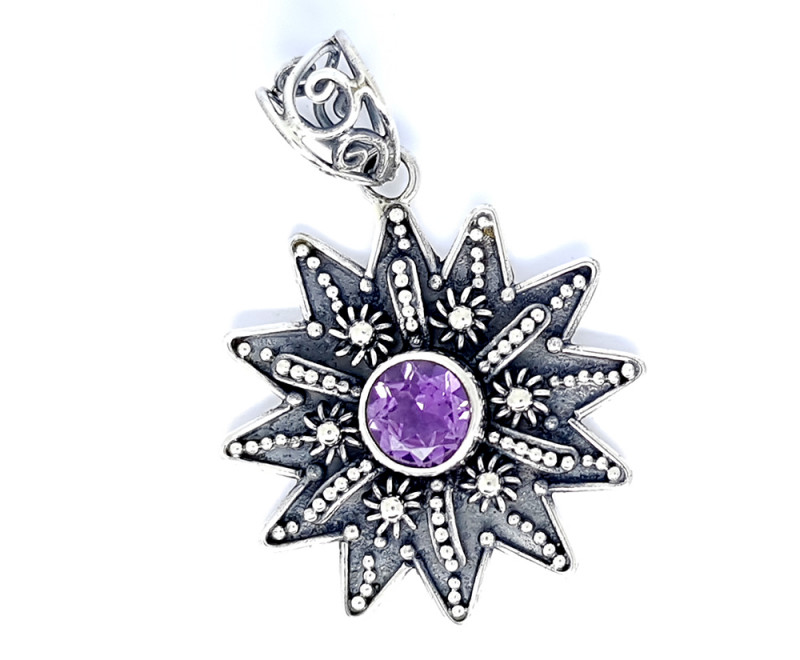 Amethyst is a violet variety of quartz. The name comes from the Koine Greek amethystos from "not" and methysko / methyo, "intoxicate", a reference to the belief that the stone protected its owner from drunkenness. The ancient Greeks wore amethyst and carved drinking vessels from it in the belief that it would prevent intoxication. Amethyst is a semiprecious stone often used in jewelry and is the traditional birthstone for February.

Amethyst is a purple variety of quartz (SiO2) and owes its violet color to irradiation, impurities of iron and in some cases other transition metals, and the presence of other trace elements, which result in complex crystal lattice substitutions. The hardness of the mineral is the same as quartz, thus making it suitable for use in jewelry.

Amethyst occurs in primary hues from a light pinkish violet to a deep purple. Amethyst may exhibit one or both secondary hues, red and blue. The best varieties of amethyst can be found in Siberia, Sri Lanka, Brazil and the far East. The ideal grade is called "Deep Siberian" and has a primary purple hue of around 75–80%, with 15–20% blue and (depending on the light source) red secondary hues. ‘Rose de France’ is defined by its markedly light shade of the purple, reminiscent of a lavender/lilac shade. These pale colors, were once considered undesirable but have recently become popular due to intensive marketing.

Green quartz is sometimes incorrectly called green amethyst, which is a misnomer and not an appropriate name for the material, the proper terminology being prasiolite. Other names for green quartz are vermarine or lime citrine.

Of very variable intensity, the color of amethyst is often laid out in stripes parallel to the final faces of the crystal. One aspect in the art of lapidary involves correctly cutting the stone to place the color in a way that makes the tone of the finished gem homogeneous. Often, the fact that sometimes only a thin surface layer of violet color is present in the stone or that the color is not homogeneous makes for a difficult cutting.

The color of amethyst has been demonstrated to result from substitution by irradiation of trivalent iron (Fe3+) for silicon in the structure, in the presence of trace elements of large ionic radius, and, to a certain extent, the amethyst color can naturally result from displacement of transition elements even if the iron concentration is low. Natural amethyst is dichroic in reddish violet and bluish violet, but when heated, turns yellow-orange, yellow-brown, or dark brownish and may resemble citrine, but loses its dichroism, unlike genuine citrine. When partially heated, amethyst can result in ametrine.

Amethyst can fade in tone if overexposed to light sources and can be artificially darkened with adequate irradiation. It does not fluoresce under either short-wave or long-wave UV light. 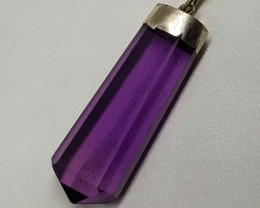 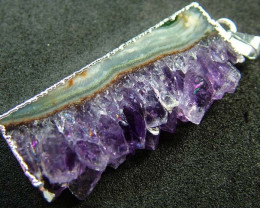 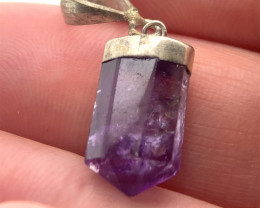 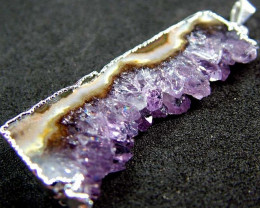 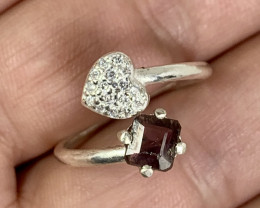 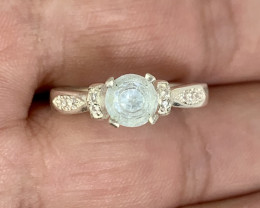 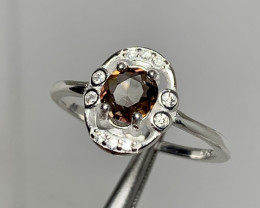 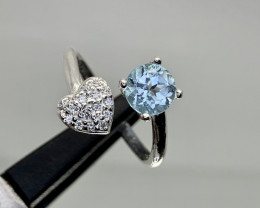 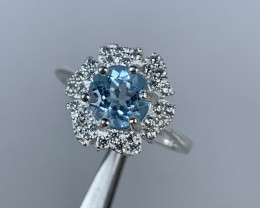 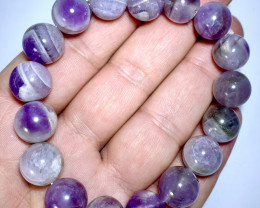